BOŽO VREĆO FOR MNE MAGAZIN: I am just a free person who loves 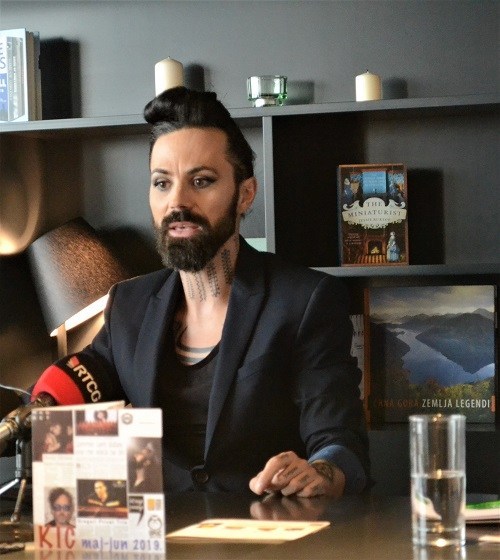 The Bosnian-Herzegovinian Sevdalinka interpreter Božo Vrećo spoke after today’s press conference at the Centreville Hotel & Experiences with MNE magazine about the work on the film with Lordan Zafranović, about improvisation and freedom.
How is the work with Lordan Zafranović going?
– Everything is still waiting. The project is still ongoing, but such a project requires enormous financial resources. We are now waiting for this to happen as many people and organisations are involved. The filming will take place in Prague. It is about two brothers who go to the Czech Republic after the war and fall in love with the same girl, a club singer. She moves in with them and an exciting story develops, accompanied by my voice, without dialogue. The only dialogue is the singing and the music.